What do you get when you take a group of young, handsome gay men who pretend they’re straight, take most of their clothes off, and ask them to sing? Just about every other boy band in the world. 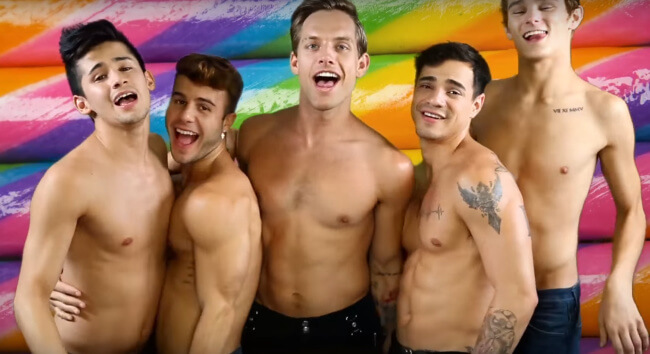 All the while, they’ve been positioned by their management as “straight,” when in fact they are all GAY, GAY, GAY. It’s a perfect recipe for an epic pop star melt down—their fights, flaws and sex-capades all captured for the world to see!