Sometimes you just want to end (or start) the week with a Hollywood hunk who takes his clothes off. Makes sense, right? So this week, we’re going to help you out, with William Ryan Watson.

If you haven’t heard of him yet – you should. And mostly… you should LOOK at him. 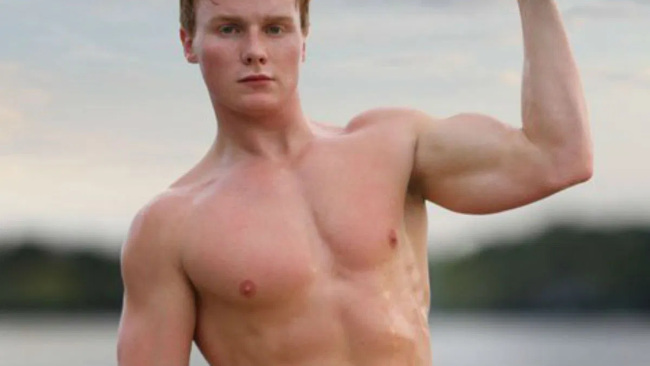 Blond beefcake William Ryan Watson has all the makings of a Hollywood heartthrob, so it’s only natural our friends from Mr Man would collect his more… explicit shots.

William first got our attention by showing off his massive muscular chest in The Dooms Chapel Horror. His bare chest glistening in the sun and his biceps absolutely bulging…he looks like a sexy Hulk with peachy skin that we want to touch all over.

That was just an appe-teaser, however, and William then delivered ALL the goods in Tennessee Gothic, a comedy-horror about a widower and his teen son who take in a woman on their farm looking for a safe haven. William stars as the hot “teen” son. 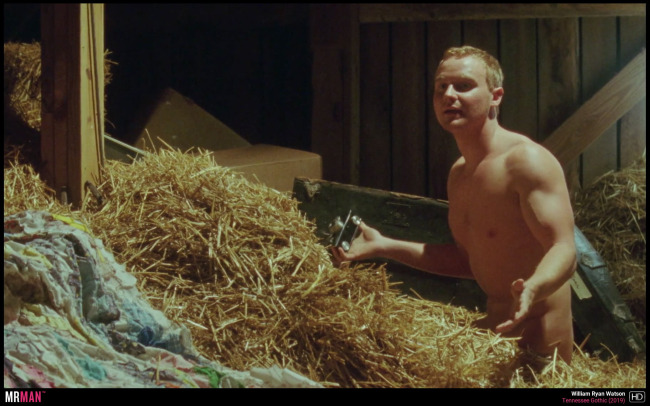 He definitely looks like a man when he takes everything off to get naked with this mysterious farm girl. 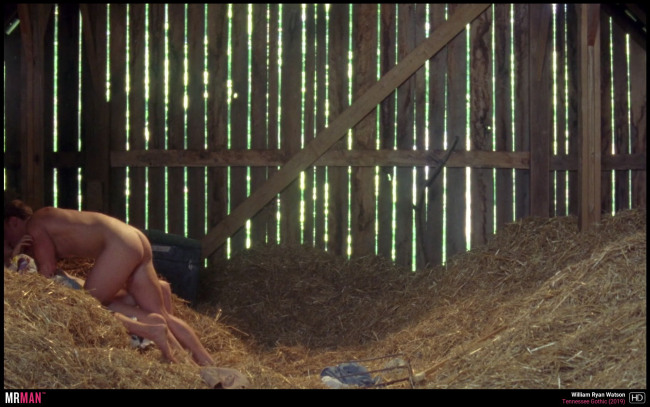 We see William’s willy when he undresses and chases her around. The hottest stuff comes when he gets out of his overalls in the barn and goes for a literal roll in the hay. 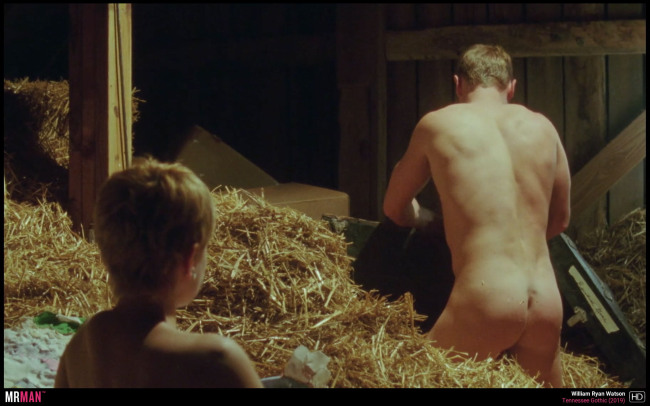 As always, we couldn’t show you EVERYTHING, as some of it is a bit… TOO NSFW. If you want to see it all, head on over to Mr Man.