Jeremy Meeks is mostly known as the “hot felon”, after his sexy mugshot photo went viral in 2014. He was released in March 2016, and then became a model. Recently, he did a sexy cover shoot for a magazine.

Unfortunately, when Jeremy traveled to London for work commitments yesterday – he was apprehended by Border Force agents, and was then deported from the UK. 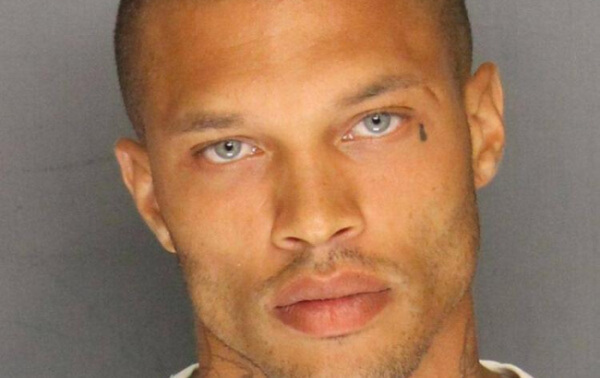 33-years-old Jeremy Meeks was arrested in California back in 2014. His arrest mugshot was released by the police on Facebook, and quickly went viral – Jeremy was then known the world over as “Hot Mugshot Guy” and “Prison Bae.”

Following his release, Jeremy started a modelling career, which culminated this week with a sexy cover shoot and interview set to be published on Man About Town magazine.

Earlier this week, however, Jeremy was travelling with his wife to London, when he was stopped by Border Force officials, and sent on a flight back to the United States.

According to Jeremy, who spoke with the Daily Mail, it was ‘a little mixup’.

“I really wanted to go there. I still don’t understand quite what happened but I know there’s no ill will. They’re doing their job. They just detained me and interrogated me and searched me.”

A post shared by Man About Town Magazine (@_manabouttownuk)