“Internet sensation” and influencer Cameron Dallas, was air-lifted and then hospitalised following a cliff-jumping injury. And as someone who shares big parts of his life online – he also shared the video that shows the whole thing, as it happened. 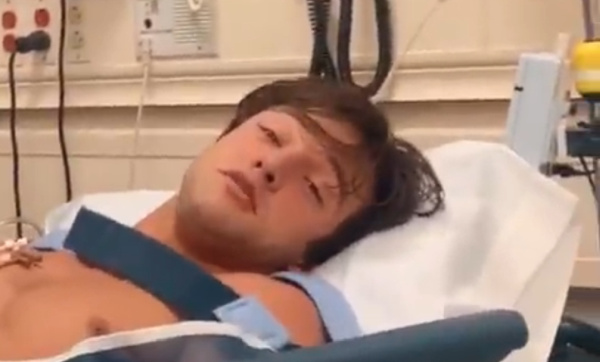 24-year-old Cameron Dallas is a model, an Instagram star (21.2 million followers!), and he even had his own docu-drama Netflix show. Usually, we write about how hot he is, or about his raunchy photos, but this time, it’s a painful story.

Sometime during the weekend, Cameron went cliff-jumping with friends. That is, jumping into the water from an 80ft cliff. “I was literally told to put my hands to the side”, he later wrote on social media, “but I forgot.”

This is the end result:

Cameron dislocated his shoulder, and here’s a video of how the whole thing happened:

I ended up dislocating my shoulder jumping off a 70-80 ft cliff because I didn’t put my arms to my side, this was supposed to be just a beach trip 😂

We’re sending him our good wishes, hoping he’ll get back soon to doing nicer things like this: